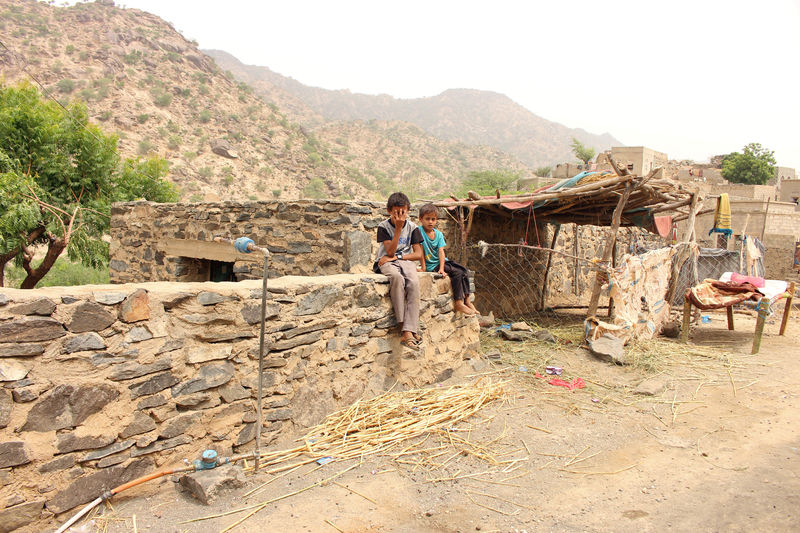 By Eissa al-Rajhi and Abdulrahman al-Ansi

HAJJAH PROVINCE, Yemen (Reuters) – Before Yemen’s war broke out four years ago Ali Muhammad used to cross the border into Saudi Arabia to work, joining thousands of other Yemenis from his poor, mountainous region.

But fighting in the border areas left him unemployed in his remote village, watching acute malnutrition turn his two-year-old son Muath into skin and bones.

Yemen’s conflict, which the United Nations has described as the world’s worst humanitarian disaster, has pushed what was already one of the poorest Arab states to the brink of famine.

War has cut transport routes for aid, fuel and food, reduced imports and caused severe inflation. Households lost their incomes because public sector wages were not paid and conflict forced people from their homes and jobs.

Informal cross-border routes to work in Saudi Arabia, the Arab world’s largest economy, have been cut, and thousands of Yemenis have left the kingdom in recent years as the government seeks to boost citizen employment, the U.N. has said.

Around 80 percent of Yemen’s population now needs some form of humanitarian assistance, according to the U.N.

In a story repeated across Yemen’s villages, Muath’s lack of access to good food, healthcare and clean water has left him severely malnourished and weighing just 5.5 kg (12.13 lb).

“There is no work, I just sit at home,” Ali Muhammad said from his village in the northwestern province of Hajjah. “Things were ok, thank God, but after the war we were not able to (go to Saudi) … As long as this situation continues there will be no work.”

With a poorly resourced local clinic unable to take him in, a health worker drove the toddler to another centre where he was weighed and fed as the parents could not afford transport.

“The child does not have medical conditions that would prevent him from absorbing nutrition. The state he is in is a sign of severe nutritional deficiency,” said Makiah al-Aslami, a nurse and head of an acute malnutrition clinic in Aslam.

Her clinic is overwhelmed by extreme cases of malnutrition brought in from the surrounding region, which also hosts hundreds of thousands of people displaced from their homes by war and poverty.

The U.N. has not declared a famine in Yemen but says around 10 million there are “one step away”.

Saudi Arabia leads a coalition that intervened militarily in Yemen in March 2015 against the Iran-aligned Houthi movement after it ousted the government of President Abd-Rabbu Mansour Hadi from power in the capital Sanaa in late 2014.

Musk, Taleb and business leaders you can trust