And that smart French chic continues when you get behind the wheel of this smart, practical, versatile and smooth operator, as I did driving on roads around Buckinghamshire.

The design boss of one of the world’s leading luxury car firms told me that he thought Peugeot’s styling was exemplary. High praise indeed. 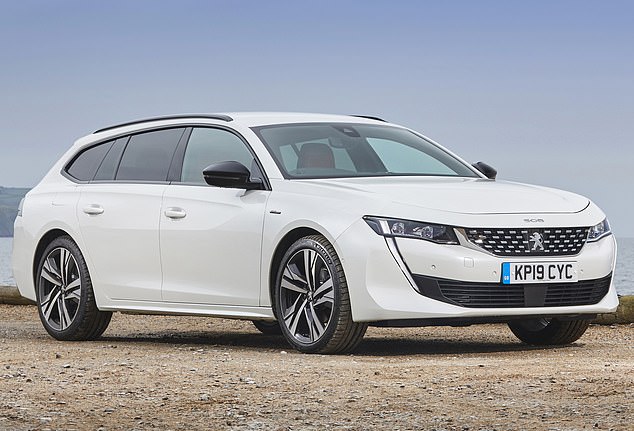 Versatile: The new Peugeot 508 SW estate has a handsome exterior and a spacious interior

Order books have opened for the Peugeot 508 SW estate range starting at £26,845 for the 1.5-litre BlueHDi diesel 130 6-speed manual, with showroom deliveries starting from July 1.

Following on in October 2019 is a ‘green’, but mean 225hp PHEV plug-in hybrid version giving power to the front wheels using the combination 1.6-litre PureTech 180 engine and a 110hp electric motor. 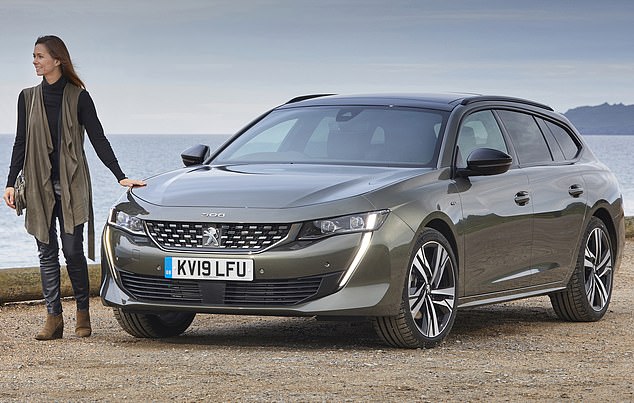 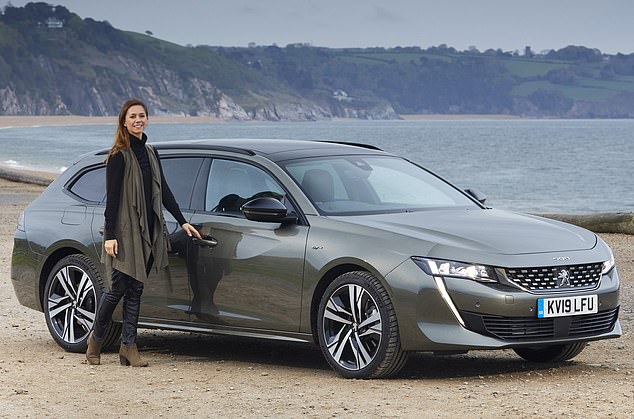 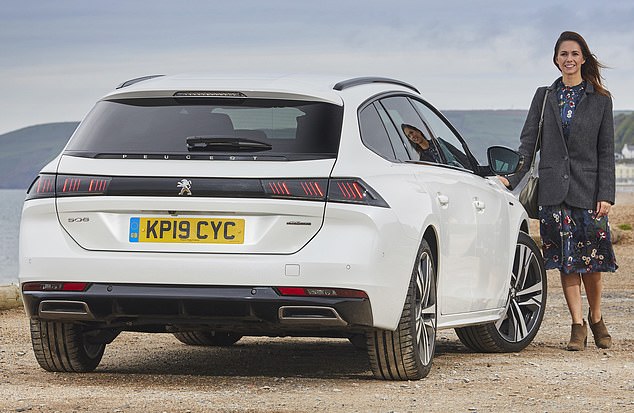 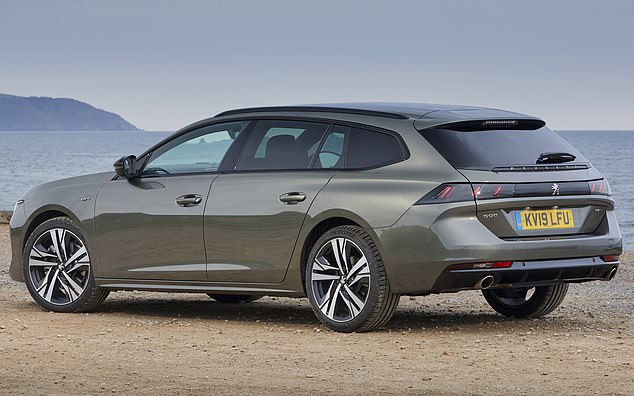 About 70 per cent of sales are expected to be diesels.

I drove the capable range-topping GT with a 2-litre Blue HDi 180 turbo-charged diesel linked to a slinky 8-speed automatic gearbox that propels it from rest to 62mph in 8.2 seconds up to a top speed of 144mph. 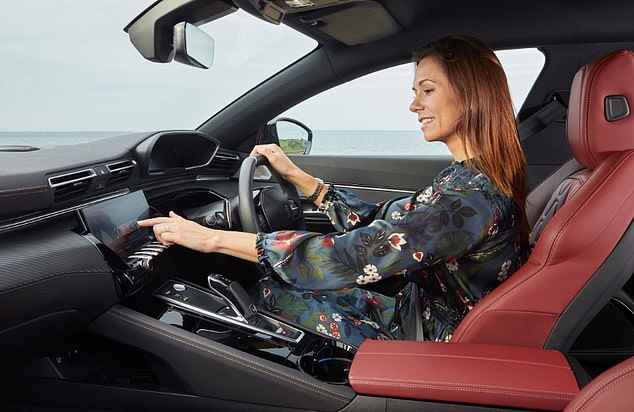 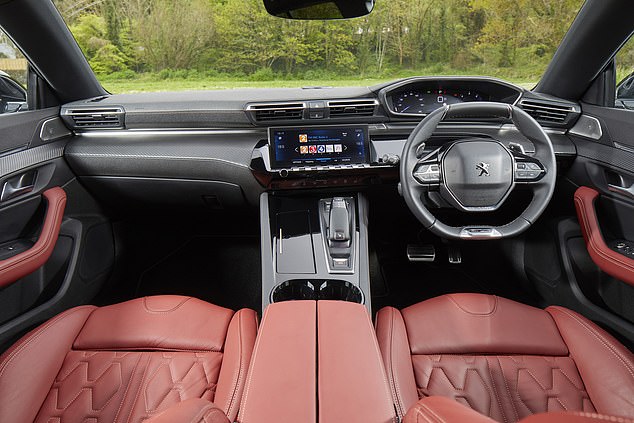 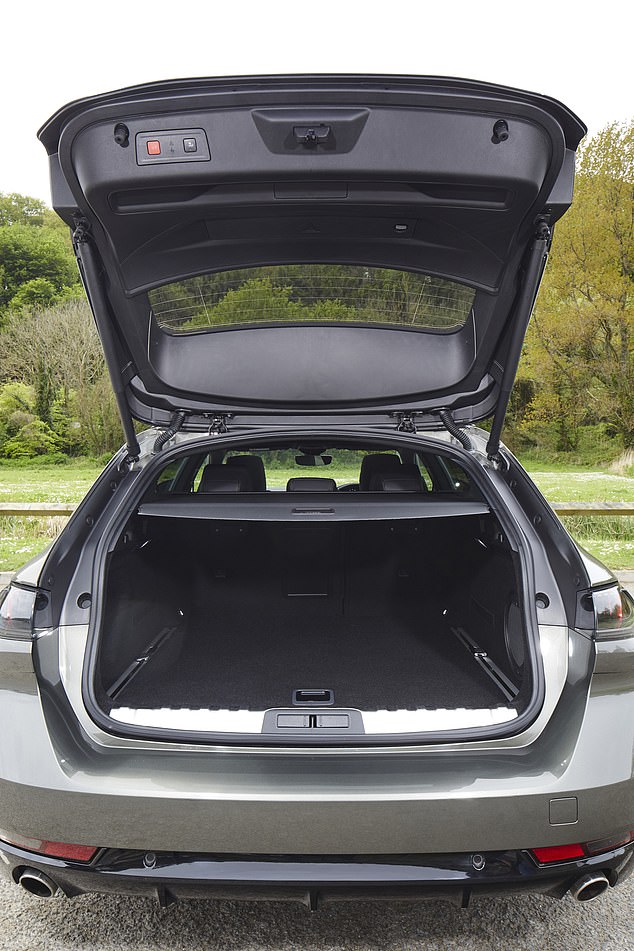 There’s more load lugging space than on the outgoing model, starting with 530 litres when the seats are up and stretching to a lengthy 1,780 litres with the seats down —– and looking inviting enough to lie down and camp out in — with loading aided by one of the lowest boot sills in its class.

It also has a five-star EuroNCAP crash safety rating. Good fuel economy, too, averaging around 45mpg to 50.6mpg from the 55 litre tank.

All in all, a lot of French flair. to share on UK roads. 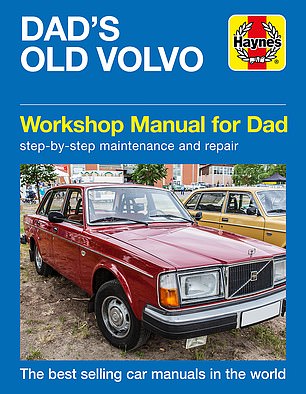 Perfect for Father’s Day — or birthdays — publisher Haynes has created personalised workshop manuals for dads or anyone else who spends hours tinkering with their cars.

Priced at £35 and available for 210 cars, including the Volvo, pictured, customers can go online to choose a manual for a cherished vehicle, alter the title and sub- title, upload a front-cover image, and add a message inside, makeyour manual.haynes. com.

Early examples of Aston Martin’s first ever sports utility vehicle have started rolling out of the firm’s new second UK factory at St Athan near Cardiff in Wales.

They are pre-production versions of the firm’s new £160,000 DBX crossover. Bosses are targeting wealthy women, with details such as space to securely park a handbag when driving.

At the Le Mans 24-hour race this weekend, Aston Martin is also showing the ultimate BOGOF (buy one, get one free). 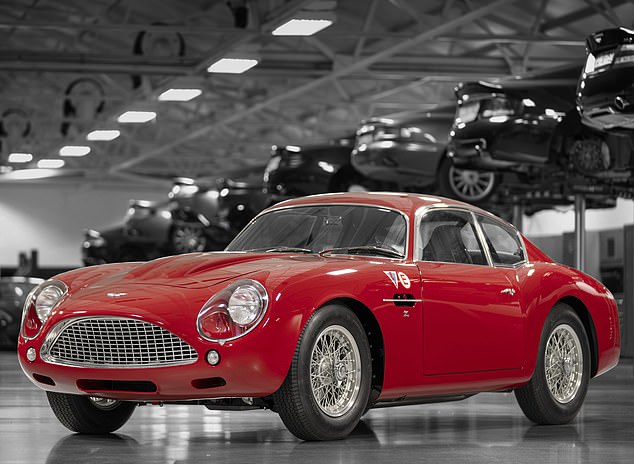 For £7.2m Aston Martin will sell you a recreated 1960 Aston Martin DB4 GT Zagato (pictured) as well as a 200mph plus DBS GT Zagato to be launched next year

For £7.2 million, you can buy a recreated 1960 Aston Martin DB4 GT Zagato Continuation model of which only 19 will be built.

The price includes a second car, a 200mph plus DBS GT Zagato to be launched next year.

Hailed as Britain’s greatest car test-driver, energetic and entertaining Norman Dewis OBE was a legend and a global ambassador for Jaguar up to his death at 98 last weekend. 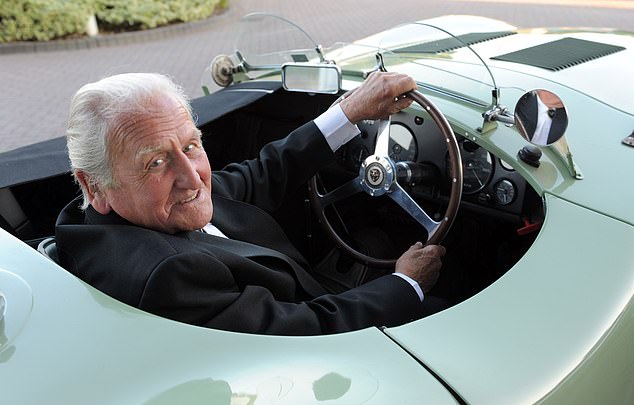 Norman Dewis OBE, who has died aged 98, has been hailed as Britain’s greatest car test-driver 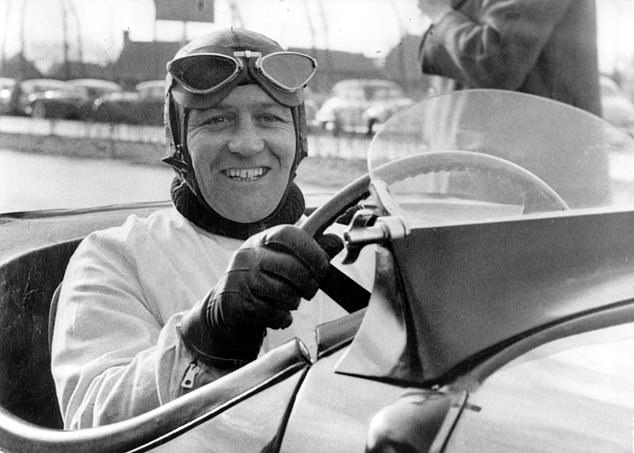 A poster-boy for older drivers, his tales were inspirational.

Stopping only for petrol, he drove more than 700 miles in 15 hours through the night from Coventry to deliver one of the first E-Type Jaguars to the 1961 Geneva Motor Show.

Over his 33-year career at Jaguar, the Coventrian helped develop 25 of the firm’s most significant ‘leaping cats’.

Sadly, his death means he could not fulfil his wish for his 100th birthday — to drive a C-type to 100 mph.