It beggars belief that insurers think they can get away with nearly quadrupling someone’s home insurance premium without good reason.

If the customer had made a five-figure claim for damage the previous year, you might understand — or if there had been a crimewave in their street.

However, as we report today, the truth is that insurers are just desperately trying to cash in before a clampdown on unjustifiable price rises. 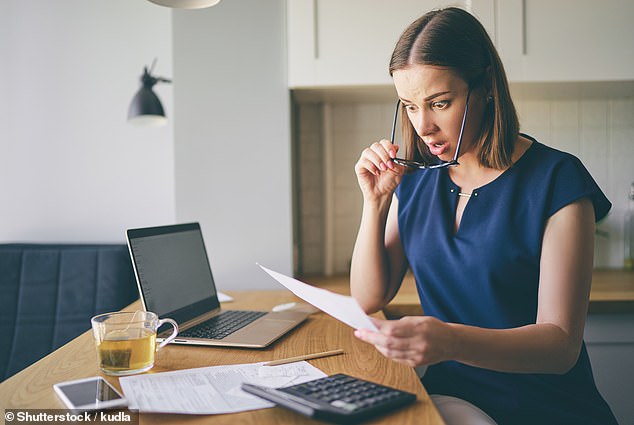 Renewal rip-offs: Insurers are desperately trying to cash in before a clampdown on unjustifiable price rises

For years, insurers have preyed on loyal customers, hiking the price of their home and car cover every year in the hope that they won’t notice.

The rip-off costs households an incredible £1.2 billion a year overall, with vulnerable customers the worst affected.

Insurers have been expecting this announcement for more than a year. Yet instead of taking steps to clean up their act, they are now ramping up prices at renewal while they can get away with it.

In one outrageous case, Money Mail reader John Wilson, who lives in a quiet area, this year saw his home insurance bill rise from just under £313 to £1,119 — despite him making no claims since 2012.

What’s most worrying is that if John had missed the renewal letter from his insurer, the firm would have automatically rolled over his cover.

The Financial Conduct Authority should come down on insurers like a ton of bricks.

Its final report is not due to be published until next year, but it’s clear we cannot afford to wait until then for action. Loyal customers need protecting now.

Don’t bank on it…

While we’re on the topic of businesses letting down customers, Barclays’ decision to stop savers withdrawing cash at their local post office is simply disgraceful.

Britain is in real danger of sleepwalking into a cashless society within the next 15 years.

The last thing we need is a major bank reducing the number of places we can access money, particularly as post offices have been promoted as a solution to banking ‘deserts’.

Barclays has, at least, pledged not to shut any more branches for the next two years. But it has shut a third of its network in five years — so this will be little comfort.

If I were a Barclays customer, I’d seriously be considering switching to a bank that isn’t so intent on prioritising profit margins over basic service — 27 other banks are happy for customers to withdraw cash at a post office.

Some 75,000 retirees have finally been offered the chance to cash in their pots and take their pension back as a meaningful lump sum.

For years, insurers said that it couldn’t be done: it was too risky and their ‘systems’ didn’t allow it.

But, as we reveal here, this just wasn’t true. However, the fight is not over, and Money Mail’s Unlock Our Pensions campaign will continue until we win a victory for everyone.

If you’re stuck with an annuity you want rid of, write to us at moneymail@dailymail.co.uk or Money Mail, Northcliffe House, 2 Derry Street, London W8 5TT.

Looks like the smart meter rollout faces another stumbling block.

One Money Mail reader told us that, after taking the morning off work to have a meter fitted, he received a call to say the engineer could not attend as there was no free parking near the property.

He adds: ‘Imagine my shock when the Npower engineer pulled up outside and explained he could not conduct the install as he had no permission or budget to pay for parking.’

Is it really any wonder that the national rollout is so far behind?