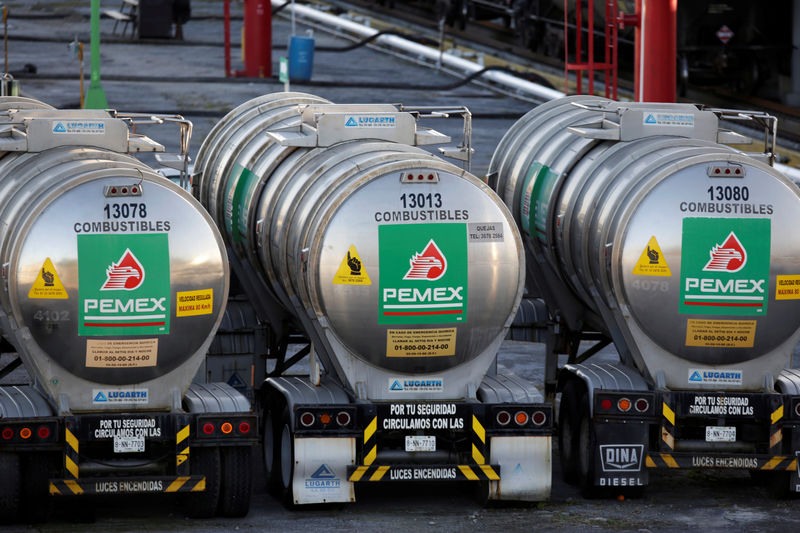 S&P cut Pemex’s outlook to negative from stable, just as it did for the Mexican government on Friday after the market closed. The agency kept Pemex’s global investment grade rating at ‘BBB+’, in line with the government.

The peso currency was slightly weaker on Monday after the S&P moves, which followed a string of warnings about Pemex’s financial health. At 2:32 p.m. ET (1932 GMT), the peso was trading down by 0.41 percent against the dollar.

The bleaker outlook reflects concern that the government’s plan to clean up Pemex’s finances is insufficient, S&P said, adding that the company is exposed to political decisions that could conflict with its financial objectives.

Mexican President Andres Manuel Lopez Obrador has pledged to revive Pemex, which had financial debt of nearly $106 billion at the end of 2018, and is struggling with declining production.

Crude output slipped to 1.62 million barrels per day in January, the lowest since public records began in 1990.

Last month, Lopez Obrador said his government would inject $3.9 billion into Pemex to strengthen its finances and prevent a further credit downgrade, shortly after rating agency Fitch cut its rating to just one level above junk status.

S&P said on Monday that Pemex could require at least $20 billion over multiple years to avoid “further deterioration.”

Mexico’s finance ministry said it would not offer any reaction on Monday to the S&P move. Pemex declined to comment.

S&P said the three-notch drop in PEMEX’s stand-alone credit profile was in part due to the fact that the company’s core businesses are underperforming its previous expectations.

“Also, the continued loss in operating efficiencies has the national refining system running at less than 40 percent of installed capacity,” S&P said.