The boss of over-50s specialist Saga has quit after presiding over an 79 per cent slump in its share price.

Lance Batchelor – who has pocketed almost £12 million in pay since he took over in 2014 – will stand down in January.

His departure follows a dismal run at retirement firm Saga, which floated on the stock market for £2.1 billion five years ago but is now worth just £428 million. 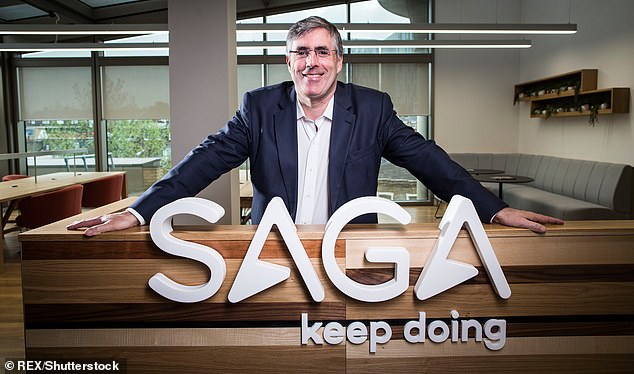 The 55-year-old will not get a long-term bonus this year. And in a sign of growing unhappiness about performance, Saga said it has extended talks with shareholders as it thrashes out a future bonus scheme for executives.

Saga’s poor performance has been a particularly bitter blow for the 180,000 retail investors who bought shares when it floated.

The company had been loaded up with huge debts by its former private equity owners and is still struggling under a £391 million borrowing pile.

Chairman Patrick O’Sullivan said: ‘We are grateful for his contribution and wish him every success for the future.’