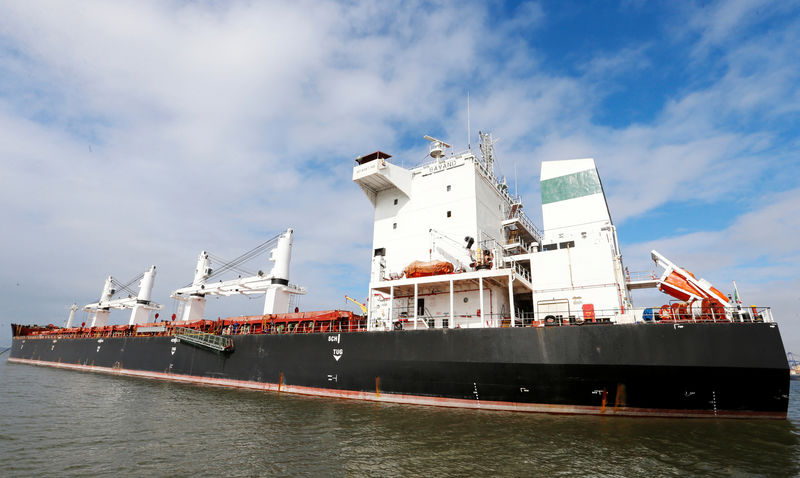 SAO PAULO/RIO DE JANEIRO (Reuters) – Two Iranian vessels have been stranded for weeks at Brazilian ports, unable to head back to Iran due to lack of fuel, which state-run oil firm Petrobras refuses to sell them due to sanctions imposed by the United States.

The vessels Bavand and Termeh came to Brazil a couple months ago carrying urea, a petrochemical product used as fertilizer. They were expected to load corn and return to Iran, but lacked enough fuel for the trip, the port operator in Paranaguá told Reuters.

Food is not covered by U.S. sanctions, and Iran is one of the largest buyers of Brazil’s agricultural commodities, importing more than 2.5 million tonnes of Brazilian corn so far this year — more than any other country.

However, that trade is not usually carried by ships flying the Iranian flag. When the vessels are Iranian, they usually come with enough fuel to return without refuelling.

Bavand and Termeh were among several ships owned by Iranian state company Sapid Shipping Co that have brought urea to Brazil this year and returned with corn. Urea is included in the U.S. sanctions, but a local company decided to take that business.

Iran is working to boost petrochemical sales as sanctions hammer its oil industry. The Brazilian urea market was one target.

The main supplier of bunker fuel for ships in Brazil is Transpetro, a subsidiary of Petroleo Brasileiro SA (SA:), or Petrobras, as the state-run company is known. Petrobras confirmed it had declined to fuel the ships and cited the sanctions.

“The vessels were included by the United States in the Specially Designated Nationals and Blocked Persons List (SDN),” said Petrobras in a statement, adding that selling the fuel would make it subject to penalties since it operates in the United States and has shares listed in New York.

Sapid Shipping tried unsuccessfully in Paraná courts to force Petrobras to fuel the ships, according to a person familiar with the case, who spoke on condition of anonymity.

Sapid did not respond to requests for comment. It was not clear whether the Iranian ships had tried to buy bunker fuel from smaller suppliers in Brazil.

“The vessels are stuck there. Nobody is able to intermediate the sale of bunker fuel for them,” said a fertilizer trader familiar with the matter, who also requested anonymity.

If the vessels are unable to find a fuel company that does not follow U.S. sanctions, a solution of last resort could be for Iran to send a ship with fuel resupply to Brazil.

The ships are at bay in the Paranaguá port in southern Paraná state, the port’s press service confirmed to Reuters. The Bavand is loaded with 50,000 tonnes of corn, while the Termeh remains scheduled to load 66,000 tonnes of corn.

Before Paranaguá, the ships moored at the Imbituba port in Santa Catarina state, where they unloaded the urea.

Brazilian grain exporters association ANEC expressed dismay at the quandary of the Iranian vessels at Paranaguá.

“The vessels from all other exporters continue to operate without problems. I don’t expect any impact from this to that trade. Food is out of sanctions,” said ANEC’s director Sérgio Mendes.