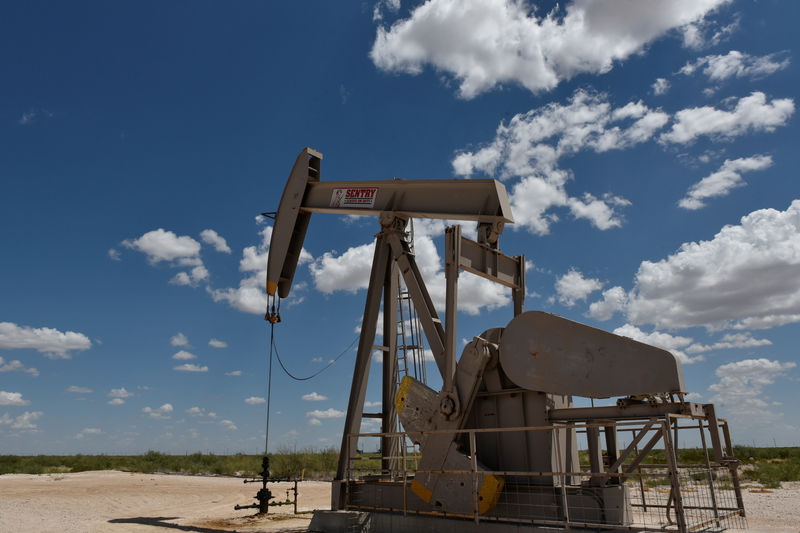 NEW DELHI (Reuters) – The International Energy Agency (IEA) is reducing its 2019 oil demand forecast due to a slowing global economy amid a U.S.-China trade spat, its executive director said on Thursday.

The IEA is revising its 2019 global oil demand growth forecast to 1.1 million barrels per day (bpd) and may cut it again if the global economy and especially China shows further weakness, Fatih Birol said.

Last year, the IEA predicted that 2019 oil demand would grow by 1.5 million bpd but had cut the growth forecast to 1.2 million bpd in June this year.

“China is experiencing its slowest economic growth in the last three decades, so are some of the advanced economies … if the global economy performs even poorer than we assume, then we may even look at our numbers once again in the next months to come,” Birol told Reuters in an interview.

He said oil demand was hit by a trade war between the United States and China at a time when markets are awash with oil, due to rising U.S. shale production.

U.S. oil output was expected to grow by 1.8 million bpd in 2019, which would be slower than the 2.2 million bpd increase recorded in 2018, Birol said, adding “these volumes will come into a market where demand growth is coming down”.

He said the IEA was concerned by rising Middle East tensions, particularly around the Strait of Hormuz, a vital shipping route linking Gulf oil producers to markets in Asia, Europe, North America and elsewhere.

Washington has said Iran was behind attacks on tankers near the Strait in May and June, a charge Tehran denies.

“We are keeping a close eye on what is happening there. And if something happens we are ready to act quickly and decisively,” he said, after reports that Iran had seized a foreign tanker smuggling fuel in the Gulf.

About 20 million bpd of oil, or about a third of the oil traded globally, passed through the Strait, Birol said.

“In the very short-term, the effect of those options are not very huge. We should think of options and work on them. They will not bring a major change in the current markets but will be helpful in the medium and longer term,” Birol said.

He said oil prices at around $65 (£52.13) a barrel priced in tensions relating to Iran, Libya and Venezuela, as well as concerns about the U.S.-Chinese trade row.

But he said he did not expect a big jump in prices because there was “a lot of oil and this is mainly thanks to the shale revolution in the United States.”